If you haven’t visited Asakusa in the last few years, you’ll probably be surprised how things have changed. At least if you are western in appearance, you’ll be greeted by a chorus of “Welcome to Japan!” from over enthusiastic hawkers pushing their tour, English menu or rickshaw ride. I can still remember when the tourist vendors used to ignore non-Japanese in favor of the domestic tourists. Now, non-Japanese are the tourism industry in Japan.

The numbers are phenomenal. According to the Japan National Tourism Organization, there were over 24 million international visitors to Japan in 2016 who spent 3.75 trillion yen. Only 5 years previously, dampened by a devastating earthquake, tsunami and the Fukushima Daiichi disaster, international visitor numbers barely exceeded 6 million. We’re in completely new territory here and the industry is starting to creak under the weight.

The numbers visiting Japan are not about to drop, but the huge influx of tourists has started to degrade the experience. Traversing Nakamise Dori on the approach to Sensoji now is like negotiating the Chuo Line platform at Shinjuku Station during rush hour. Takeshita Dori in Harajuku used to be a spot to see quirky Harajuku style fashion – now it’s 90% international tourists. Unless you’re into crepes and crappy souvenirs, there’s little of interest anymore. Similar things are happening at attractions like Tsukiji Market and Golden Gai. Want to visit Hayao Miyazaki’s Ghibli Museum in Mitaka? Make sure you book your tickets two months in advance. Locals are noticing too – Kyoto residents complain about hordes of tourists (although that article is something of a beat up – if you ask the elderly, you’ll always get someone willing to spleen vent) and minpaku (AirBnB) continues to be controversial. 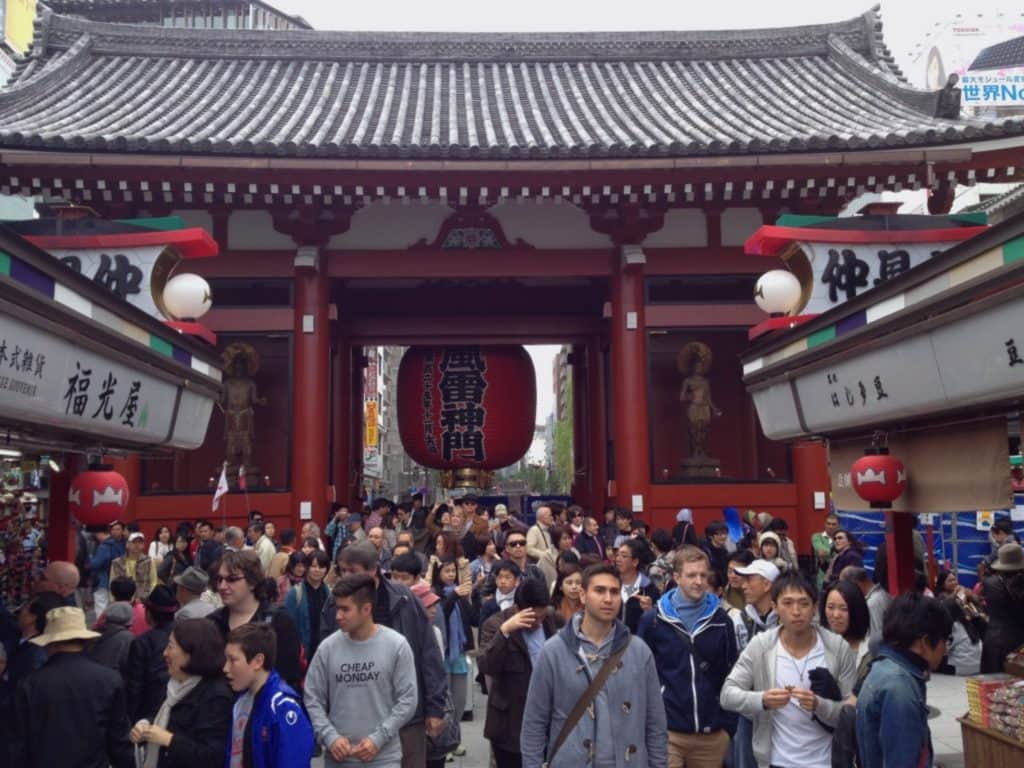 24 million tourists sounds like a lot, but France – the world leader in international tourism – hosted 84.5 million international tourists in 2015, and there’s no suggestion of peak tourism there. So why would it be a problem in Tokyo or Japan? Part of the reason is that Japan as a tourism destination is still an unknown quantity. People outside Japan have trouble naming a single attraction in the city. Typically with western tourists (less so with Asian tourists), awareness extends to Tokyo, Mount Fuji, Kyoto and Hiroshima. This means that lots of first time visitors to Tokyo are doing their research to find the top spots and only coming up with half a dozen points of interest. 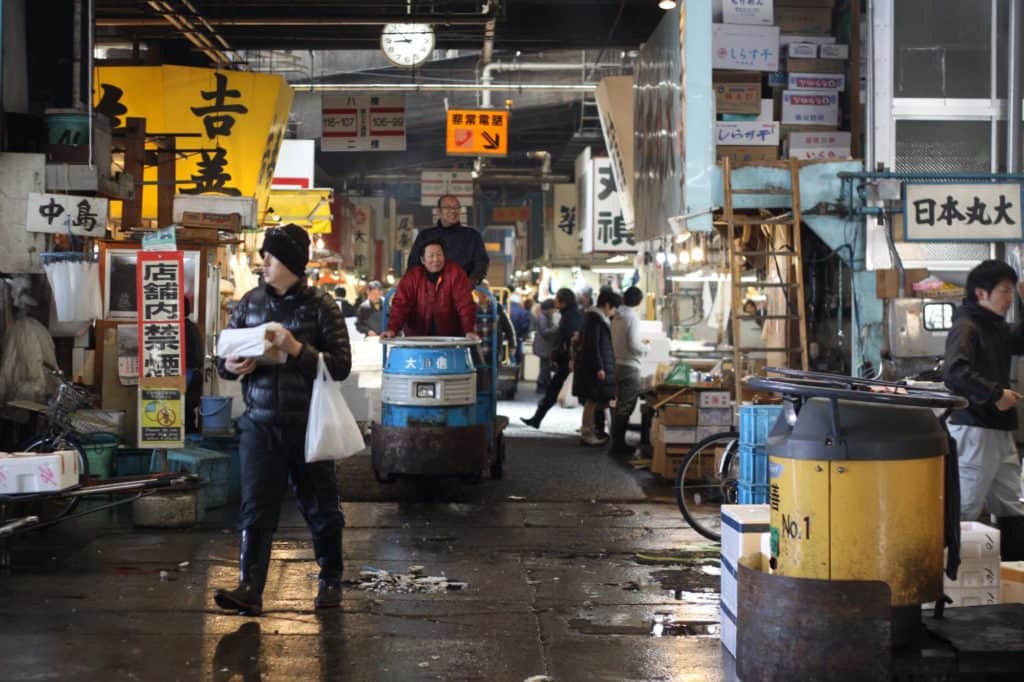 Sparing a major earthquake, natural disaster or missile strike, Japan’s tourism numbers will continue to grow in the short term. Just looking at the enormous potential scale and proximity of the Chinese market, and the number of people who haven’t visited Japan yet, there is definitely plenty of growth left. But tourism shouldn’t just be about the numbers. Tourism has the potential to internationalize Japan, to revitalize regional economies and to enhance Japan’s “soft power”. For this, quality beats numbers and will lead to a more sustainable industry.

Spreading the benefits in Tokyo

To date, providing things for tourists to do has involved squeezing more and more of them into attractions and experiences that were not conceived for international tourists. Everyone wants to be a “not a tourist” tourist and get an authentic experience – so the culture and heritage attractions will always be popular. However, there is huge potential to invest in new attractions, new experiences and areas outside the usual places.

Although they make a lot of local residents (including me) scratch their heads, there are purpose built activities and attractions that have succeeded in attracting the attention and yen of foreign tourists. The Robot Restaurant has been drawing in foreign tourists to their over the top dinner shows for the past five years. You also might have noticed “Mari Car” the costumed go karts buzzing around Tokyo streets. Then there is the samurai museum in Kabukicho – where visitors can try on the armour and take photographs. Along the same lines, how about a “Japan Culture Museum” where you can experience different aspects of Japanese culture in one spot? Visitors could experience wearing a sumo mawashi, pound mochi or get a five minute taiko lesson. 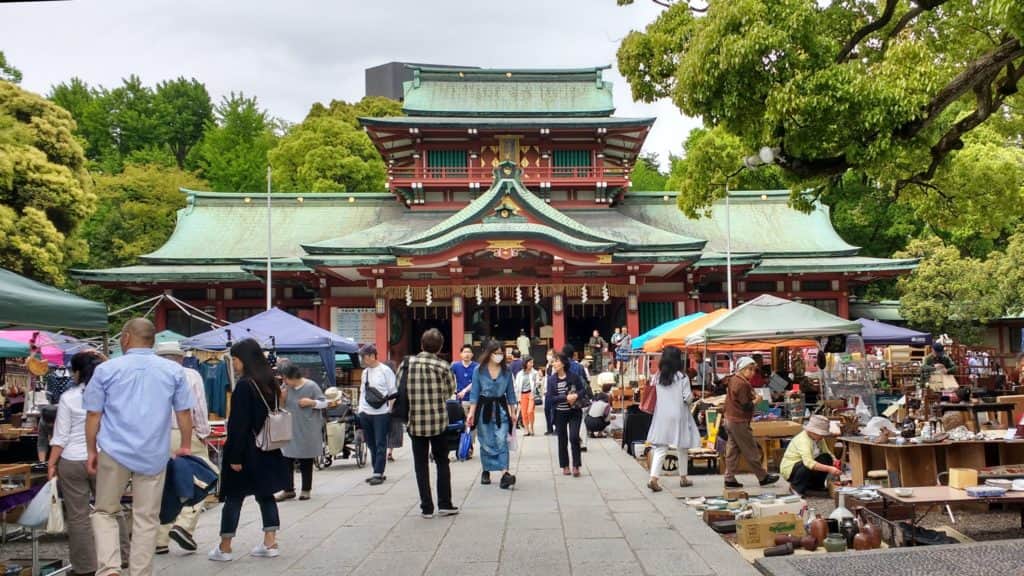 We also see huge potential in the eastern part of Tokyo. Two areas in particular are Fukagawa and Sumida. The key to both is clustering attractions together and cohesive marketing. The Kiyosumi/Fukagawa area already has a whole lot going for it – Kiyosumi Gardens, the Fukugawa Edo Museum, the Museum of Contemporary Art Tokyo and the Fukugawa Fudo/Tomioka Hachiman temple/shrine complex as well as the most vibrant coffee scene in Tokyo. You can even visit this area on the weekend and you won’t find many tourists. Tourism has the potential to transform (and already is transforming) an area like Fukugawa for the better and to take pressure off the other areas.

Getting people into the regions

The place where tourism has the most potential to benefit local communities isn’t Tokyo – it’s the economically stagnant, depopulated Japanese countryside. Despite their problems, these places are the reservoirs of Japan’s traditional culture. They also possess fantastic architectural, cultural and natural assets – from 16th century castles to festivals with thousand year histories and wild, unspoiled mountain gorges.

One of the major problems again is awareness. Beyond images of monkeys soaking in hot pools, high speed trains zooming past Mount Fuji and nuclear disasters, the world knows little of Japan’s countryside. One possible solution to this is event marketing. Ever heard of the small towns of Glastonbury, Roskilde or Pamplona? Japan already has Fuji Rock (which unfortunately isn’t named Naeba rock) but there could be many more international events that don’t need to be of Olympic proportions. Existing events (Nebuta, Tanabata and Awaodori etc.) are great but they have very little impact on international tourists – partly due to savvy domestic tourists booking out all the accommodation six months in advance. How about an “International Festival of Sushi” that embraces all the “variations” on the cuisine around the world and brings everyone together in a single location for a one week festival?

There are workable solutions, but they require developing experiences for international visitors rather than filling the trough with cash for promotion agencies and the usual corporate Japan suspects.